Edit: The live stream has concluded.

The Total Solar Eclipse of 2015
Slooh’s live stream begins on March 20, 2015 at 3:30 AM CDT (weather permitting). Slooh will be broadcasting from the Faroe Islands.

This is a composite image created from several images. The primary image is a single image captured by the SOHO spacecraft earlier today. 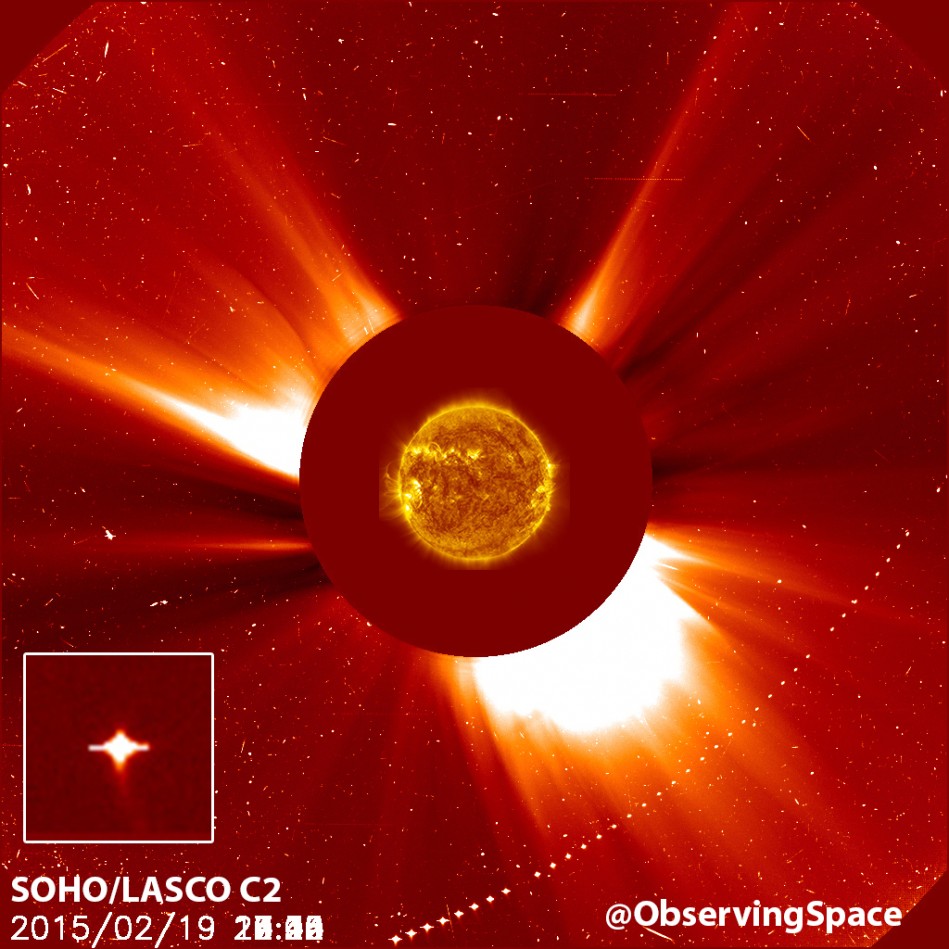 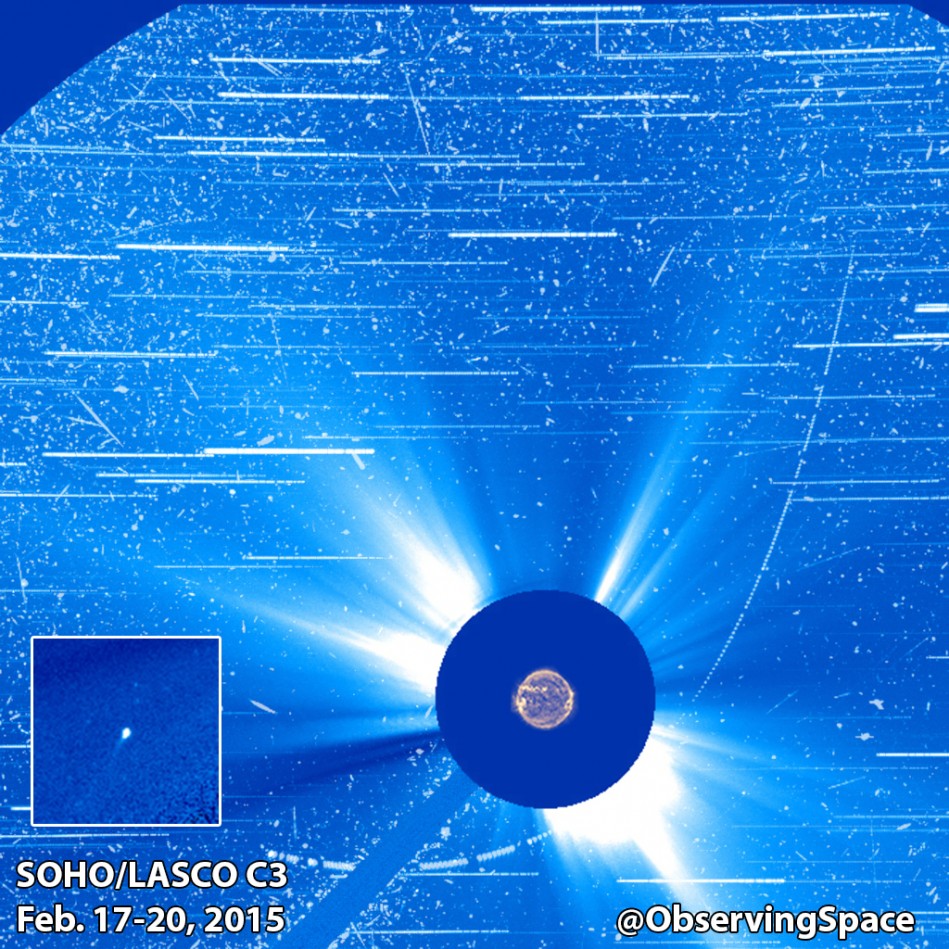 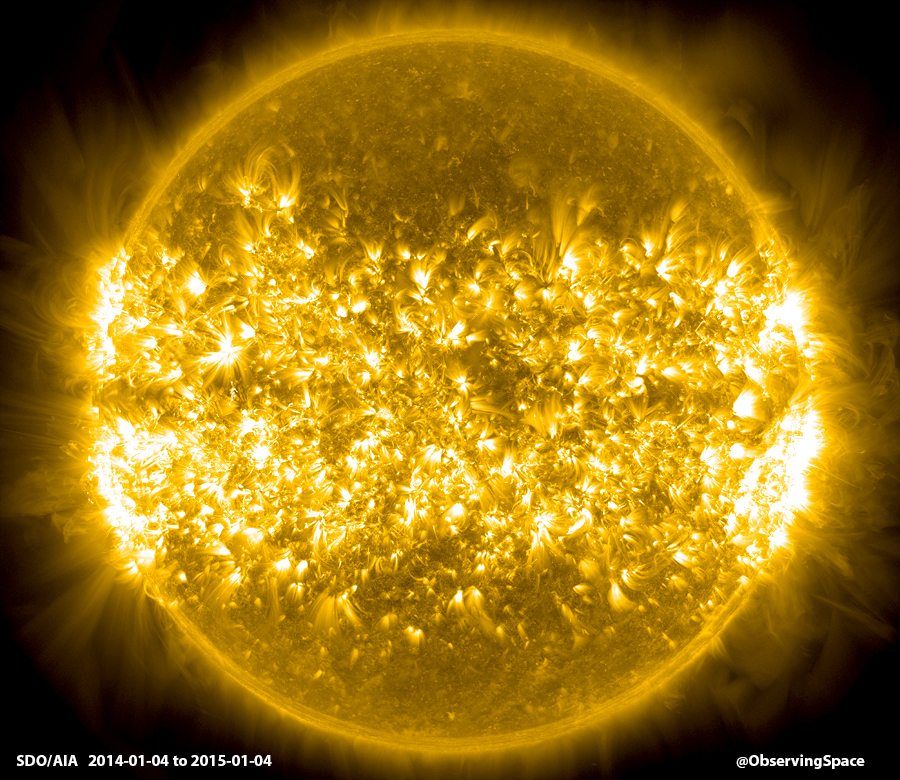 This is a composite image of the sun created from 25 images captured by NASA’s SDO (a satellite that orbits Earth) throughout last year.

The vine video below animates the 25 images used in the composite. Aphelion, the point in Earth’s elliptical orbit when it’s farthest from the sun, occurred on Jul. 4, 2014.