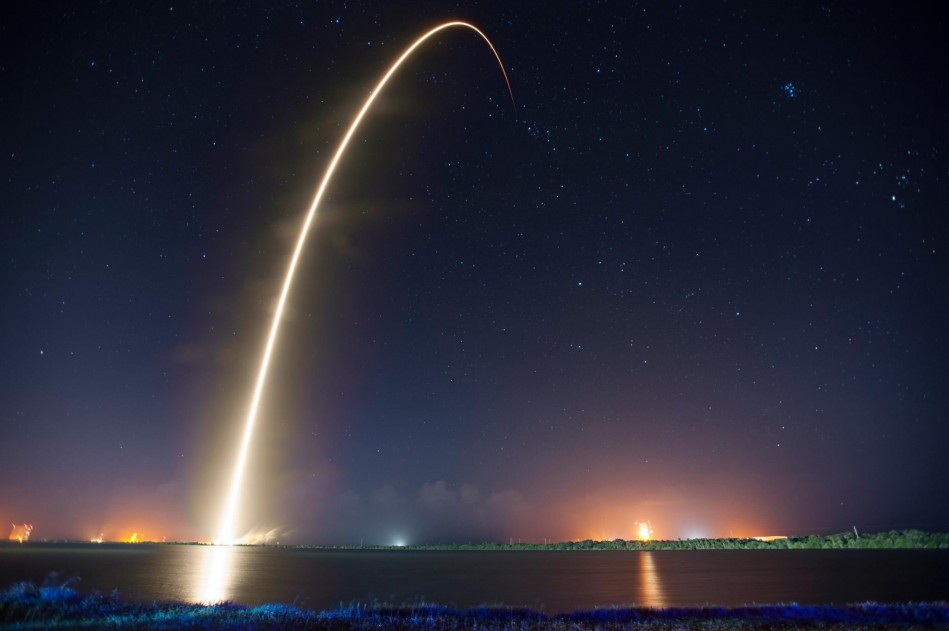 Falcon 9 lifts off from LC-40 at Cape Canaveral carrying the Dragon cargo ship to resupply the International Space Station on Sep. 21, 2014.

The Dragon spacecraft’s long-exposure arc ends in the direction of the constellation Perseus near the star Mirphak (α Persei).

Here is a zoomed-in view of the photo in Stellarium. 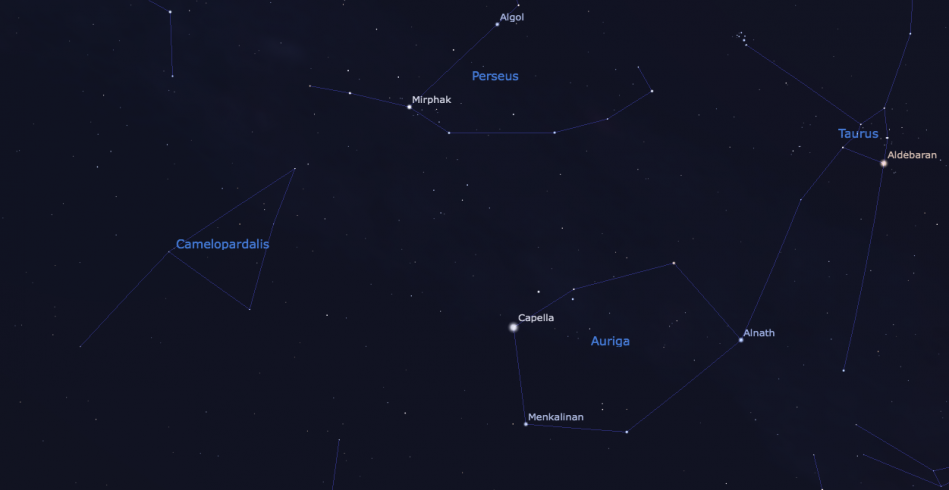 You can watch the CRS-4 launch event again in the video below.