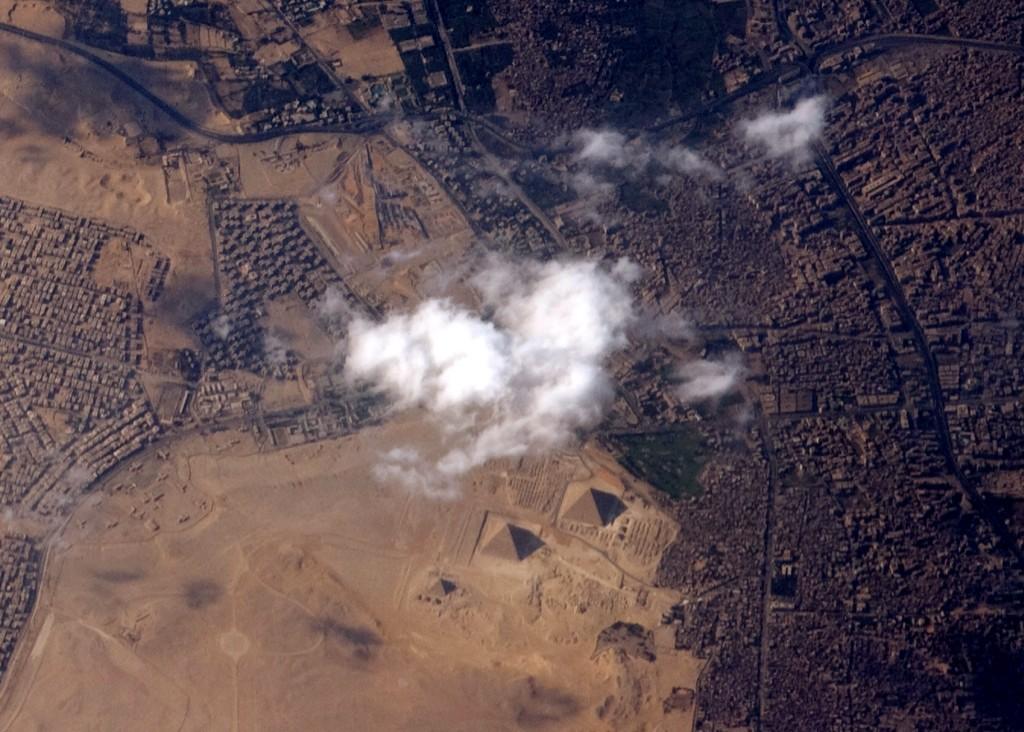 The three pyramids at Giza, Khufu, Khafre, and Menkaure, were photographed by NASA astronaut Reid Wiseman from the International Space Station. The Great Sphinx at Giza is barely visible within the photo (follow the road below the Great Pyramid toward the east). Three smaller pyramids, the queens’ pyramids, appear below the Pyramid of Menkaure, the smallest of the three larger pyramids. Wiseman posted the telephoto to his Twitter feed on Friday.